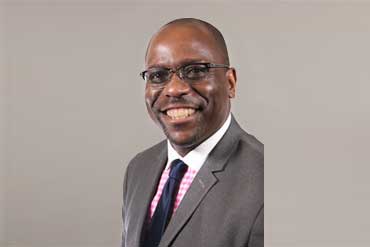 Vaughn L. McKoy is Of Counsel to the firm and concentrates his practice on general and commercial litigation, regulatory, corporate governance, ethics and compliance, and government affairs. Mr. McKoy is well known in New York and New Jersey for his 25 years of leadership of corporations, communities, and people. His experience spans federal and state governments, non- profits, law firms and corporations, where he has earned a reputation as a business-savvy lawyer who is at home in the boardroom and in the trenches. Mr. McKoy is recognized for his ability to inspire, influence and motivate clients and others to achieve their goals, and is known as a straight-shooter and big picture thinker. Prior to this, Mr. McKoy held various legal and business positions of increasing responsibility over 12 years at New Jersey's largest utility company and completed his tenure there as Managing Director and Vice-President where he led and managed the law department for a company subsidiary.

As an Assistant Attorney General and Director of New Jersey Division of Criminal Justice, Mr. McKoy was a top prosecutor and directed the overall legal and business operations of Division, including 1000 employees and a $60M budget. Mr. McKoy also served as an Assistant United States Attorney where led the investigation and prosecution of violent crimes, drug offenses, and civil rights, white-collar and other crimes working closely with federal, state and local law enforcement. Mr. McKoy was previously affiliated with several major law firms where he gained hands-on civil litigation experience for corporate clients before state courts and regulatory agencies, taking cases from inception through discovery and resolution.

Determined to give back to local communities, Mr. McKoy is a long-time leader of nonprofits, serving as a board member for regional organizations, including the Rutgers University Board of Overseers, UNCF, The Boys and Girls Clubs of New Jersey, Mentor New York and the dfree Global Foundation, Inc. Mr. McKoy earned his undergraduate degree from Rutgers University, where he was a scholar athlete for the varsity football team, his law degree from Rutgers Law School-Newark and an Executive Masters in Business Administration from NYU’s Stern School of Business. Mr. McKoy lives in New Brunswick with his wife and adult children.